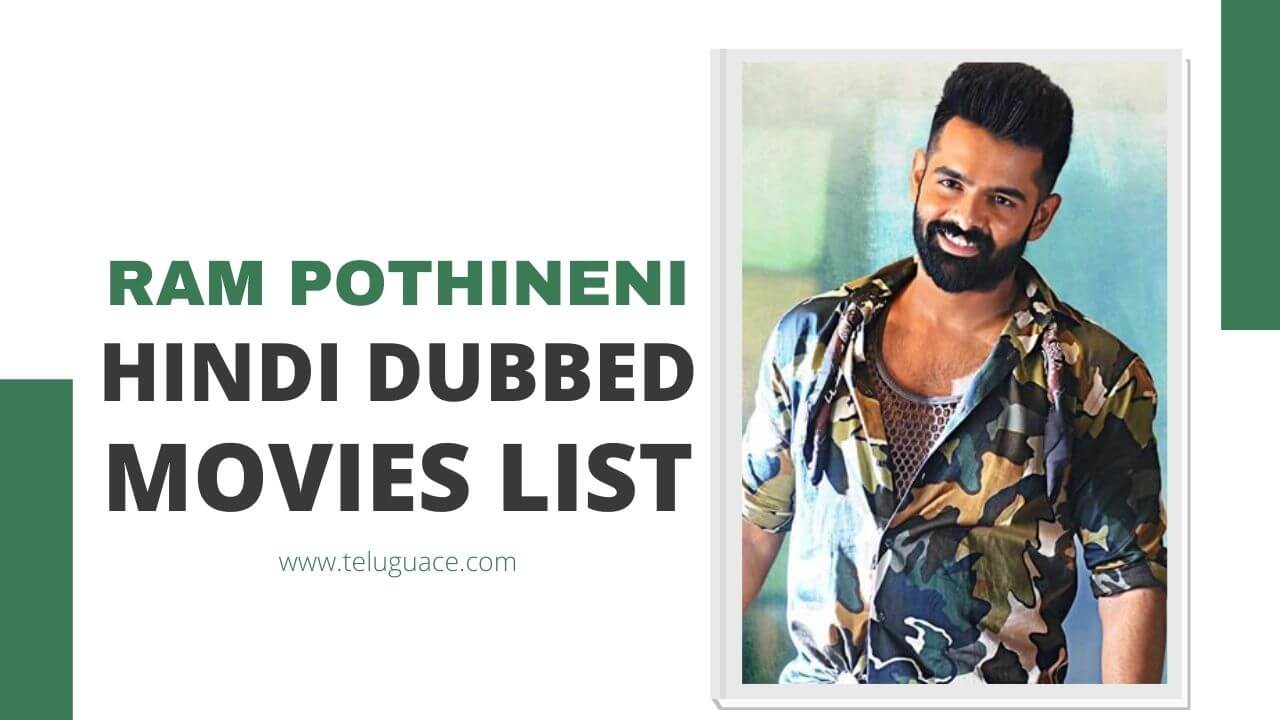 Tollywood has many star Heroes when compared to other film industries in South India. Most of them are also known to North Indian audience due to of their movies which dubbed into Hindi language. Similarly, actor Ram Pothineni is much liked by Hindi cinema audience due to of his energetic performance, charming face, acting skills and more. All Telugu movies of this young hero used to dub in Bollywood since he has good fan following.

Here’s the list of Ram Pothineni best movies that are dubbed into Hindi.

Dangerous Khiladi Returns is the Hindi name of Telugu film “Jagadam (2007)”. The movie is not a failure at Box Office but many of them think it is a flop. The movie has created a strong fan base for Ram Pothineni from Mass audience. Director Sukumar wants to make this film with Allu Arjun but due to some creative differences the movie is filmed with Ram. The movie scenes, screenplay and story looks something new to audience till date.

Ready (2008) is the first Telugu blockbuster for Ram Pothineni, the movie is not dubbed into Hindi but remade into other languages like Hindi and Tamil. Bollywood Super star Salman Khan has remade this film with Same title in 2011. While Tamil actor Dhanush has remade this film in Kollywood.

Kandireega is one more biggest Hits in Ram’s career, this film was dubbed into Hindi with the name “Dangerous Khiladi 4”. Also, it was first remade in Hindi as Main Tera Hero (2014 Hindi Remake) by Varun Dhawan.

Nenu Sailaja is one of the Telugu super Hit film starring Ram and Keerthy Suresh in lead roles. The movie is dubbed into Hindi as The Super Khiladi 3.

Along with the above mentioned super hit dubbed versions, here’s the list of all the movies of Ram Pothineni that are dubbed into Hindi language.