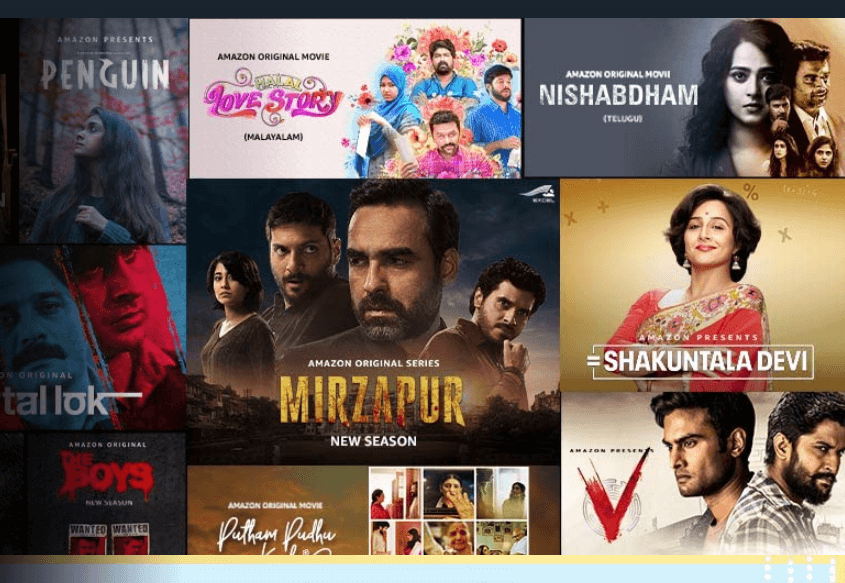 Amazon Prime has been on the top of the list with its upcoming movies. Lets see which movies are releasing.

Halal Love story is a Malayalam movie directed by Zakariya Mohammed, This movie is a complete out and out family entertainer. The cast of this movie are Indrajith Sukumaran, Parvathy Thiruvothu and Joju George.

This is not a movie, But Mirzapur is a hit among the audience. Many people have wanted the sequel immediately. Now Mirazpur 2 will be streaming on Amazon Prime from October 23rd onwards. Starring Ali Fazal, Pankaj Tripathi this is a show that you shouldn’t be missing.

Soorarai Pottru is a tamil action movie directed by Sudha Kongara. The main lead of this movie are: Superstar Suriya, Aparna Balamurali, Paresh Rawal and Mohan Babu. This movie is based on Air Deccan Founder Captain G.R. Gopinath.

Starring Bhumi Pednekar, Durgavati is the remake of Bhaagamathi, This movie is presented by T-Series and Cape of Good Films.