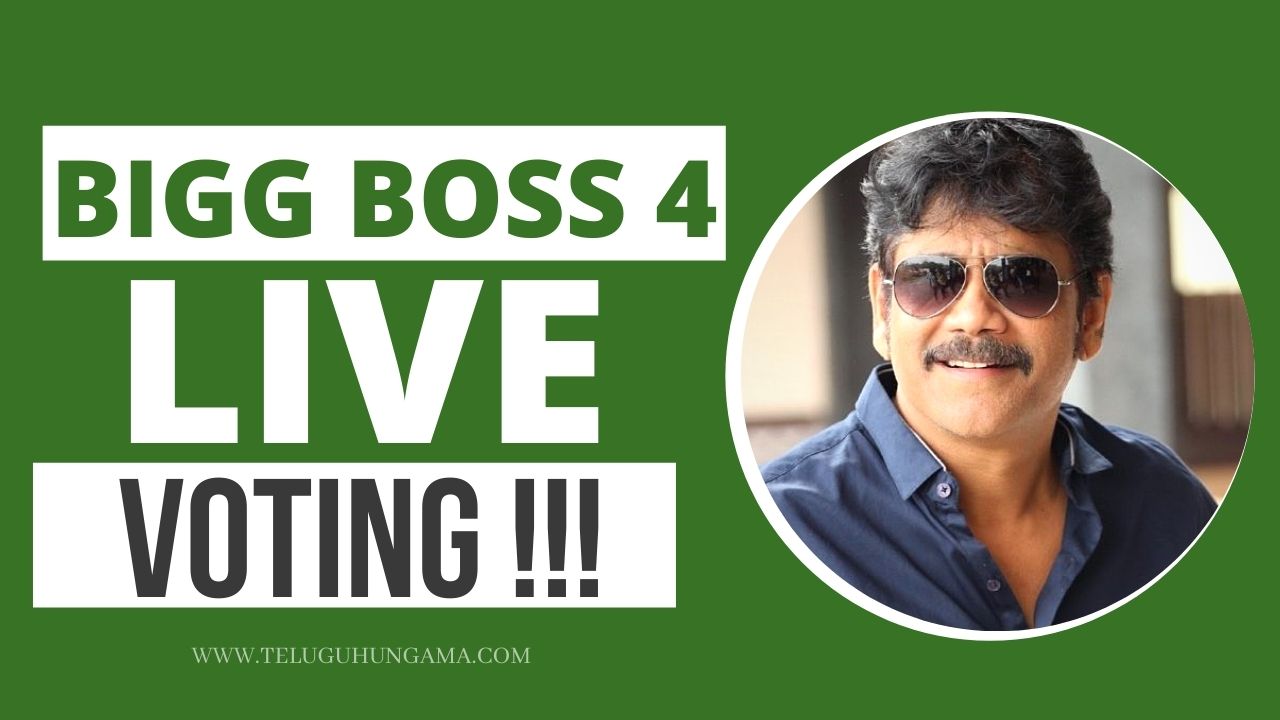 Save your favorite contestant of Bigg Boss Telugu season 4 by voting in the nomination poll given by Bigg Boss.

The nomination list of Bigg Boss 4 – updated every week.

How To Vote in Bigg Boss Telugu Voting?

Excited to vote your favourite bigg boss 4 contestant?, here is the complete guide to vote for your favorite bb4 player.

Use Hotstar App to Vote for your favorite contestant of Bigg Boss Telugu. The process mentioned here:

Simply give a missed call to vote for your favorite contestant. The process is mentioned here.

Note: You can only vote for one contestant from one single phone number.

Who Got the Highest Votes in Bigg Boss 4 Telugu?

Abhijeet got the highest votes in bigg boss 4 telugu till now, according to teluguace.com.

Who will be Eliminated in Bigg Boss Telugu This Week?

Gangavva might be eliminated this week as the promo itself says she has decided to quit. She is from a village she is feeling uncomfortable living in the luxurious space in bb4. According to sources she is suffering from health issues and some mental strains which made her quit bigg boss season 4 in the week 5.

Currently the Bigg Boss Telugu Season 4 is still running and its week 5. The winner is not yet announced nor decided, it’s all depends on the audience

Who is the winner of Bigg Boss 3?

Rahul Sipligunj was the winner of Bigg boss Telugu season 3. He got the maximum number of votes in Bigg boss grand finale voting.

How Much Do Bigg Boss Telugu Contestants Get Paid?

There are no official statements given by the endemolshine or maa. According to ex bigg boss telugu contestants they are paid daily according to the stardom they achieved in the past. And the winner of the show will be rewarded with 50 Lacks officially by Star Maa by the host Naagarjuna.