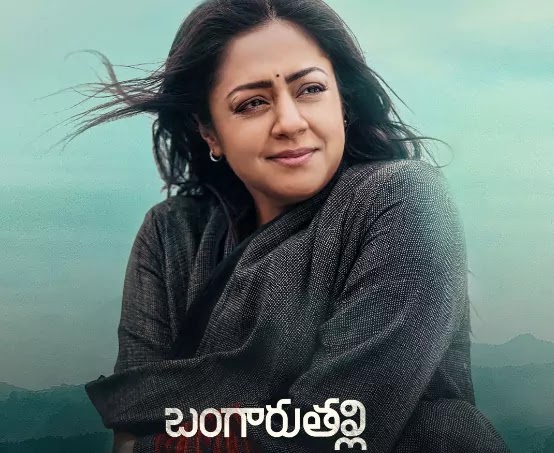 Amid lockdown due to the outbreak of Coronavirus, the Jyothika’s starrer Tamil flick “Ponmagal Vandhal” released on Amazon Prime Video. Ponmagal Vandhal is a 2020 Tamil film starring Jyothika and R. Parthiban released Online on Amazon Prime Video on 29th May, 2020 and become the first successful film on OTT in Tamil. Now the Telugu version will be releasing on Aha.
Jyothika, K Bhagyaraja, Parthiban, pandirajan and others have played lead roles in Bangaru Thalli. Originally the film is intended to be released in theaters, Corona was forced to release it on OTT platform due to the Lockdown imposed by the govt of India.