Skip to content
Keerthy Suresh’s Miss India Digital Rights: After the direct OTT release of Penguin, Keerthy Shuresh’s another film “Miss India” is heading towards OTT release. The makers of the film are waiting for a right deal with the digital platforms. Miss India is supposed to release in Summer, 2020, But due to the shutdown of theaters in India, the movie release have been postponed. 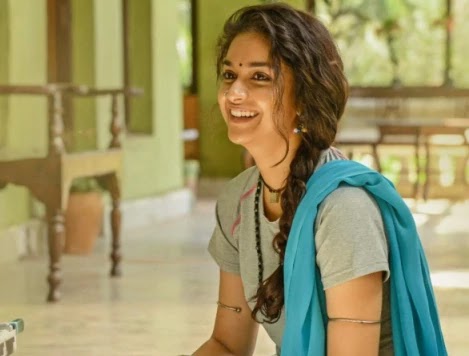 If the latest buzz is to be believed, Miss India is gearing up for direct release on OTT platform. As we all know, Keerthy Suresh’s ‘Penguin’ released on Prime video and received a mixed response from the digital audience. However, the film is said to be in profit zone. Now, Keerthy Suresh is trying her luck once again with digital platforms.

The latest buzz suggest that the producer of ‘Miss India’, Mahesh S Koneru planning to release the film on OTT platform, If a good offer comes his way. So, We can expect an official announcement from the makers when the deal is finalized.

The digital streaming rights of Keerthy Suresh’s ‘Miss India’ bought for Rs.10 crores. Netflix has acquired the OTT streaming rights of the film and the official announcement regarding the release date will be made soon. Moreover, This is the first film acquired by Netflix where the rights of a mainstream Telugu film which is releasing directly on OTT platforms.