Skip to content
Vishwaksen Telugu Films Hits and Flops: Vishwaksen is a Telugu actor who has a big fan following in Telangana and Andhra Pradesh. He has done only a few films but has become a overnight star after the release of falaknuma das. However, there was a lot of filmi struggle before his first movie “Vellipomakey”, a 2017 film. Vishwak studied Journalism Degree followed by Theater Arts in Mumbai based film school. 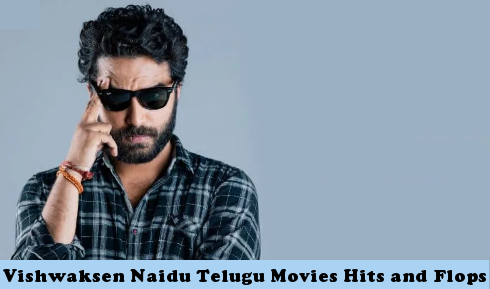 Vishwak then appeared in Tharun Bhaskar’s Ee Nagaraniki Emaindi. Later, Vishwaksen has made his directional debut by remaking a Malayalam super hit movie Angamaly Diaries (2017) as Falaknuma Das (2019) in Telugu which is a Super Hit in Telugu as well. His fourth movie HIT (2020) is a big hit and received positive responses from Telugu audience. Let us have a look into Vishwaksen Hits and Flops.