Skip to content
Tamil Director Mysskin Telugu Movies List: There are only a few filmmakers in India who do what they want to do irrespective of the public pulse and the commercial aspects. Mysskin seems to belong to such kind. Mysskin has did around 9 movies as a director in Tamil. Out of these 9 movies, Movies like Mugamudi, Pisasu and Tupparivaalan have been dubbed into Telugu. Along with direction, he was also into acting. 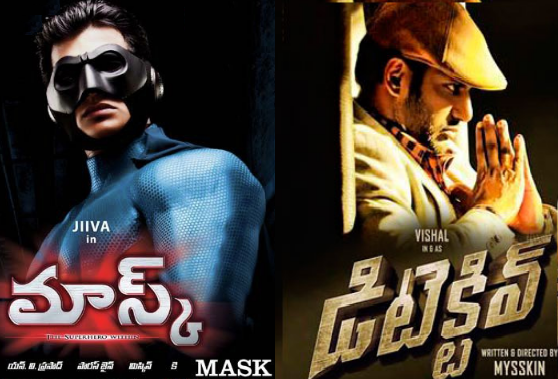 MySkin is one of the South India’s best directors and is known for giving preference to lighting, sound, Cinematography and other technical aspects alongside capturing the minute emotions of actors.
Style of Filmmaking; Extensive storyboard and extraordinary shots (like close-up of the foot), stage techniques, staccato background score, precise visual and scenic structure, sarcastic dialogues, deep characterization, limited use of song choreography and strange combat scenes on neo-noir template.

Mots of his movies are path breaking in Tamil film industry. He always introduces fresh content to Tamil audience. Alongside film making, he is also proved as an actor. His performances in Onaayum Aatukuttiyum, Savarakathi & Super Deluxe movies are literally surprising.

Other Notable Films of Director Mysskin

Onaayum Aatukuttiyum (2013): This movie was released in 2013 and it is one of the best thriller movies in Tamil cinema ever. There are many surprising factors which can also make audience to feel emotional sometimes. Moreover, Mysskin himself played a beautiful character which includes both positive and negative shades. Audience can feel the positive shade in the Mysskin character while watching in depth. The film features actor Sri in another main lead.

Yutham Sei (2011): Yutham Sei is one more suspense thriller hits of Mysskin’s film career. The film plot revolves around the serial crimes and missing family where J.K (Cheran) is appointed as the CBI inspector to solve the mystery. This is a Tamil neo-noir crime thriller film written and directed by Mysskin and featured director Cheran in an investigation officer role.

Anjathe (2008): The film revolves around the stories of two friends and conflict created between them. The technical values are quite impressive & added an advantage for the film success.

Psycho (2020): Psycho is a Tamil psycho thriller movie starring Udhayanidhi Stalin, Rajkumar Pitchumani, Aditi Rao Hydari, Nitya Menon, Ram and others in lead roles. The Mysskin directorial opened to decent critical acclaim from Tamil audience on January 24th. But, this movie is not dubbed into Telugu yet.