Skip to content
Thenali is a Telugu dubbed Tamil movie starring Kamal Hassan, Jyothika, Devayani, Meena, Jayaram, Delhi Ganesh and others in lead roles. The movie is one of the mater piece directed by K S Ravikumar and produced by K. S. Ravikumar, R. Karpagamand in Tamil and S. P. Balasubrahmanyam in Telugu. The movie is fully loaded with a lot of Humor from starting to the ending scene. Moreover, it is one of the most underrated movie in Telugu dubbed movies. However, the movie concept is inspired by American film “What About Bob?”. 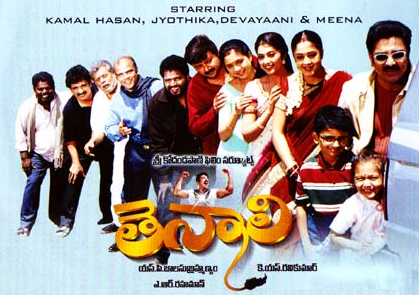 If you are watching the movie for the first time, then you cannot stop laughing continuously for 2 Hours and 40 minutes.