Skip to content
RED Telugu Movie Cast & Crew: Hero Ram upcoming Telugu film “RED” is scheduled for release on 09th April, 2020. As per the latest update, the movie shooting has been completed and working on the post production work. The film has a big star cast including Actor Ram, Nivetha Pethuraj, Malvika Sharma, Amritha Aiyer and others. If you are searching for the Hero Ram’s Red Movie Cast & Crew, Release Date updates, then check the below sections of this page. 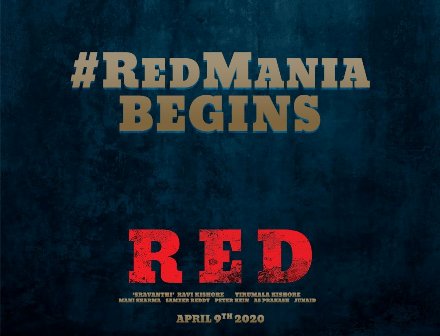 After Ismart Shankar, Tollywood young Hero Ram is coming up with “RED” which is a remake of a Tamil film. Manisharma is working again with Ram Pothineni after the blockbuster musical album of Ismart Shankar. Moreover, this is going to be the Hat-trick combination in Ram and Kishore Tirumala. Previously, they have done Super Hit movies like Nenu Sailaja and Unnadi OKate Zindagi. According to official sources, the movie is a Telugu remake of Tamil film Thadam.

Ram is going to play a dual role in RED movie for the first time in the direction of Hat-trick director Kishore Tirumala.

The producers of the film have officially declared the Release date of “RED” on 09th April, 2020.

Below you can check the on location posters and official wallpapers.