Skip to content
Aranya Movie Making Video (Haathi Mere Saathi): Aranya is multilingual Indian movie directed by Prabhu Solomon starring Rana Daggubati and Vishnu Vishal in lead roles. The film crew has recently released the Teaser in Telugu, Hindi and Tamil. And, it has received a great applause from the cinema goers across India for the amazing visuals and Rana Daggubati’s new look. Moreover, the producers of the film (Eros International) has released the Aranya – Behind The Scenes making video. Checkout now! 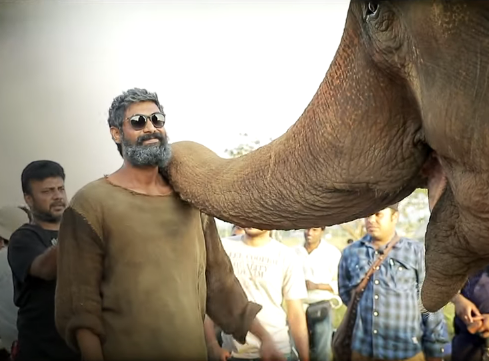 From a superstar to a forest man! Here’s a sneak peek into Rana Daggubati’s spectacular transformation in and as Aranya. Watch Aranya, releasing simultaneously in cinemas with Kaadan & Haathi Mere Saathi on April 2, 2020 in Telugu, Tamil and Hindi.