Skip to content
Tollywood or Telugu Film Industry is an Indian film segment dedicated to producing films in Telugu language. In the early days, the leading actors of Telugu cinema were never interested in dancing & most of the swing songs were item songs which were performed by actors like Jayamalini, Jyothi Lakshmi, Silk Smitha and others.

But now the things has been changed. Tollywood has the best dance choreographers in India. And, it is the only film industry encouraging upcoming dance choreographers and dancers from various states. The Telugu TV Show called “Dhee Ultimate Dance Show” is the South India’s biggest dance show ever. Moreover, Many dancers has got fame and came into limelight through this programme. Also, Telugu actors like Allu Arjun, Jr NTR, Ram Charan, Sai Dharma Tej, Prabhas and others are encouraging new comers. 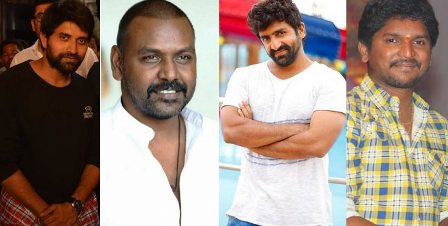 The need for dance increased significantly after the arrival of second generation actors, especially after the arrival of Chiranjeevi. Similarly, The need for new dancers has increased. At that time, more importance was given to the Tamil dancers than Telugu dancers. But now the situation has been changed. There are so many dance stars in Tollywood today that you have not seen in any other film industry in India.

Jani Master: He became popular for signature steps in dance. He has done many title songs for young heroes like Ram Charan Tej, Allu Arjun, Ram, Chiranjeevi & others. He was encouraged by Ram Charan tej during the initial stages.

Sekhar Master: He was popularized by the Dhee Dance Competition telecasted on Etv. He was a finalist in that. Moreover, he was encouraged by young generation actors like Allu Arjun & Jr NTR. He received Filmfare Awards for Fidaa, Khaidi No. 150, Iddarammayilatho, Bruce Lee – The Fighter and other films.

Ganesh Master: He was the winner of Dhee Dance Competition telecasted on Etv and won a villa worth 35 lakh. He got a wide reputation through Dhee program & Dekh Dekho Gabbar Singh song from Gabbar Singh movie.

Lawrence Raghavendra: He is one of the well known choreographers in South Indian Films. His combination with Mega Star Chiranjeevi is very successful at Box Office. Moreover, Telugu People repeatedly accepted their combination. He received Filmfare Awards for Telugu movies like Indra, Style, etc. He has given many signature dance moves to Chiranjeevi in movies like Hitler, Bavagaru Bagunnara, Indra, Tagore,  Khaidi No. 150, etc.

Prem Rakshith: Prem Rakshith is a popular dance master who showed his excellence in movies like Kantri, Vikramarkudu, Badrinath & other Telugu movies. He repeatedly worked in the director Rajamouli movies.

Raghu Master: He earned a good name for stylish choreography in Arya 2. Later, he worked for many Telugu movies with big stars in Tolylwood.