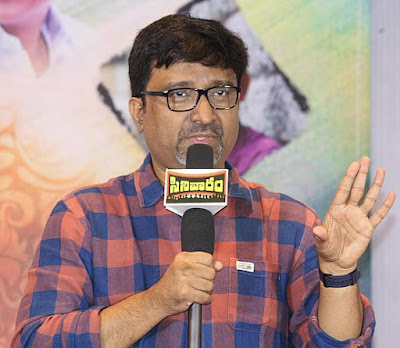 Indraganti Mohan Krishna is an award winning film maker & critically acclaimed for his way of story telling. He does not like elevating heroism in his movies. Currently, he is working for a movie called “V” with Actor Nani for 3rd time.

Film Career: Indraganti Mohana Krishna is a film director known for his works in Tollywood. His debut directorial venture Grahanam fetched him eleven awards. He also holds a Master of Fine Arts degree from York University. In 2006, his second directorial venture, Mayabazaar, featured Bhumika Chawla and Raja in the lead roles. His next film, Ashta Chamma, which featured Colours Swathi, Nani, Srinivas Avasarala and Bhargavi, was released in 2008 and was a huge success at box office. His later films, Golkonda High School and Anthaka Mundhu Aa Tharuvatha, did well at box office.